Adriènne is Chief Executive and Executive Board member of the Office for Nuclear Regulation, where her role is to align and develop the whole organisation to deliver the best possible regulation in the public interest, and to modernise and improve ONR’s operations.

She has worked in the private, voluntary and public sectors, with twenty years at Board level, where she has driven improved customer focus, transparency, organisational development, and stakeholder engagement.

She is known as a leader who is greatly interested in developing her people and learning from them.  She believes that the best teams are diverse teams, and her commitment is broadened beyond ONR, as Patron of Women in Nuclear UK.  In recognition of her promotion of nuclear safety, security and diversity, she was awarded the rare distinction of Honorary Fellow of the Nuclear Institute in 2017.

Adriènne is also a Chartered Fellow of the Chartered Institute for Personnel and Development, a Companion Member of the Chartered Management Institute, and a graduate of Oxford University’s Major Programme Leadership Academy, reflecting her interest in developing leadership by example.

She credits her team for their professionalism, knowledge and commitment, and works closely with Mark Foy, who as Chief Nuclear Inspector is accountable for ONR’s independent regulatory decision making. 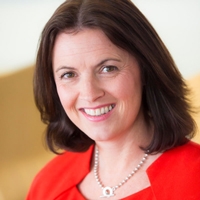