Frank began his career in the nuclear industry with Ontario Hydro where he held management positions in a number of disciplines including engineering, operations, quality assurance, safety and inspection.  Frank considers his time as a licensed control room shift supervisor and his last four years organizing and carrying out plant safety evaluations as the highlights of his time with Ontario Hydro.  These independent oversight inspections included North American and international plants and a two year assignment with the Institute of Nuclear Power Operations (INPO).

In 2001, Frank returned to the Bruce site with the launch of Bruce Power as Vice President Safety and Environment. Since 2001, he has held senior positions in a variety of areas including safety, environment, security, emergency response, regulatory relations and oversight.  Frank is particularly proud of Bruce Power’s strong reputation in these areas and the opportunity he had to play a role in this.

Prior to his more than 35 years in the nuclear industry, Frank served 12 years in the Canadian Armed Forces as a Land Ordnance Engineer. 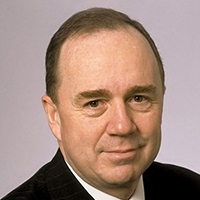