Michael has 15 years’ experience as an engineer and inspector for nuclear and non-nuclear power generation. He served six years as a nuclear reactor operator in the US Navy and six years as an in-service inspector conducting and documenting risk evaluations, inspections, surveys, and claims’ investigations on a wide range of power generation and manufacturing facilities for the insurance industry.

Michael received a BS in Nuclear Engineering Technologies and a Master’s in Business Administration concentrating in Global Business. He joined the ASME team in November 2016. 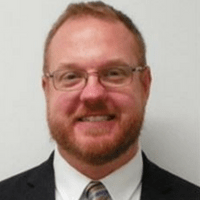